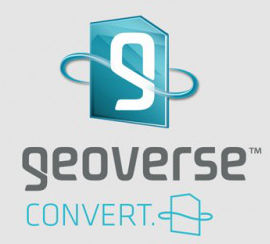 As anyone that has used LiDAR or other point-cloud data before knows, the datasets generated are typically large, cumbersome, and difficult to visualise or work with.

Euclideon’s Geoverse Convert solves all these problems, by compressing data down to 5-20% of its original size – without degrading quality – and enabling it to be viewed in the Geoverse MDM in less than a second – no matter how large the data is, or if it’s coming from a hard drive, flash drive, local server, or the internet.

The four major benefits to converting data to the compressed Euclideon format are:

The size of a 3D point cloud dataset is no longer a restriction.

With Euclideon’s Unlimited Detail (UD) technology, the loading times and speed of performance are unrelated to the size or resolution of the model displayed. This means that you can have unlimited detail – imagine being able to fly through and visualise, in real time, every square cm of your local area, mine site, or other are of interest, no matter how large a geographic area it spans.

Geoverse Convert’s compression algorithms are able to shrink point cloud data down to a tiny 5-20% of its original size – without compromising any of the data.

Only duplicate data is removed during the compression process, ensuring that your data is as representative of the real world as the day that it was captured. Smaller data files also means that storing historical archives of surveyed areas is now cheaper and easier, allowing for accurate change detection and analysis.

Loading times are no longer a problem, as they have been reduced to less than a second, no matter the source or size of the model. Previously, visualising complex models required fast computers with large amounts of RAM, and could often take up to 30 minutes to load. Geoverse Convert’s efficient search algorithm not only removes this painful and inefficient waiting period, but also reduces hardware costs, as even the most basic computer and sluggish network can load the models without breaking a digital sweat.

It’s now possible to stream 3D models over any network: install a model once, and share it to all.

With other current 3D models, it’s not possible to stream the vast quantity of data over a network. So, any user that requires access to the model needs a local copy installed on their computer. Installing these models on individual computers takes time, and requires each computer to have large amounts of hard drive space.

With models often running into terabytes in size, this is not an insignificant cost. Now, however, Geoverse Convert makes it possible to stream a single model to multiple users, and because the Geoverse MDM natively handles the compressed point-cloud data – meaning that there is no need to decompress it before visualising it – there is no need to install an expensive, high-bandwidth network link between the server and clients.

Immersive, 3D presentations are now possible, even in that meeting room with the stubborn WiFi connection, or directly from a USB drive at a client’s office. In fact, models can even be streamed over the internet, without the need for a browser plugin.